The walls in our Fiesole B&B tell a very long story, dating back to 1300 A.C.

The property belonged to the local church and the house and surrounding lands were leased to the families of local farm workers. The main crops were fruit and olives. Over the years the house was  sold by the church to private owner, and after it changed hands many times . In the 1930s it was purchased by the Becagli family, who are the current owners.

In the period that covers the 1960s and 1990s the lands were leased to local farmers. After the 1990s the property was left unattended and was in need of a total repair. The restoration started in 2006 and was completed in September 2008.

The illustrations show the house and surrounding lands as they were in the 1500s. 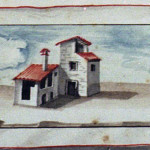 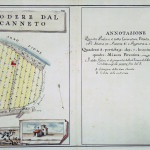 our TripAdvisor page
Questo sito usa i cookie per migliorare la tua esperienza. Continuando ad utilizzarlo accetti che i cookie vengano salvati nel tuo browser. · We use cookies to ensure that we give you the best experience on our website. If you continue to use this site we will assume that you are happy with it.Ok